Get to know our management team - Unison

As you may all know, last week we unveiled our catalogue with more than 450.000 works and billions of streamings thanks to all the artists that make Unison possible.

So we would love for you to get to know our management team, the one dealing with the legal and business sides so that composers like you can get their right amount of copyright just on time. 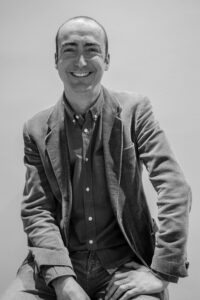 A law graduate of the University of Barcelona and a specialist in Intellectual Property following studies at Stockholm University, Jordi Puy has over twenty years experience in the music and creative industries, including directing the Catalan! Arts export for the UK and Ireland during a seven year residency in London. In 2013, Jordi co-founded Sound Diplomacy, leading the conversation around the music cities movement, to advise governments on creating healthy music eco-systems.

As CEO of Unison RIghts, Jordi has been a key figure in the development of the 21st century solution to music copyright management and is responsible for business development and commercial strategy.

He is a frequent speaker at international industry events and has been guest professor at several universities including Pompeu Fabra in Barcelona, IMBS, Mexican Iteso or Colombian Antioquía University. 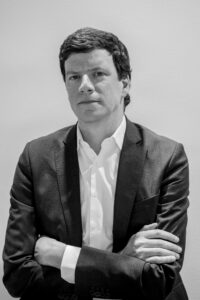 Our Business & Legal Affairs Manager at Unison has more than 15 years of experience as a lawyer specialising in Intellectual Property and Competition Law, with a focus on Music Copyrights Management. Eric has advised and acted as legal representative for artists, composers, publishers, labels and other key figures and organisations  in the creative industries in both Spanish and European courts, as well as competition authorities.

Eric likes to spend his spare time chasing his four kids and collecting, treasuring and listening to old records. 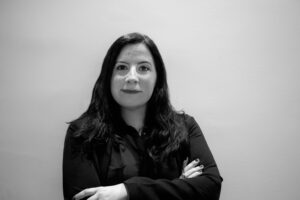 A law graduate of the Universitat Oberta de Cataluña, our Vice President of Operations joined Unison from her previous role as Head of Publishing at Blanco y Negro Music. Hugely experienced in music publishing both in Europe and the USA, where she spent four years resident. Irene coordinates her current position at Unison with lecturing duties at the SAE Institute in Barcelona, where she teaches copyright, publishing and music supervision to Music Business students.

Whenever she is not in the office, Irene spends time with Bongo, her American, 11-year cat, or gets into a Netflix marathon with the latest trending thriller-series. 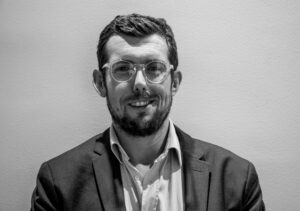 Responsible for the Licensing and the International Management at Unison, David is a Portuguese lawyer with more than six-years experience in Copyright and Collective Management.

He has worked in the Portuguese CMO SPAutores and in the Cape-verdean CMO SCM, where he specialised in International Relations, Legal Counsel and Digital +B2B Business Licensing. David has an MA in Law from the Universidad Católica Portuguesa and several post-graduate qualifications in Intellectual Property and Collective Rights Management.

Whenever he is not getting some good coffee at Casa Portuguesa, he likes to go surfing in Mongat or going for a walk with Hippie and Kuri (his two dogs) in Barcelona.

This website uses cookies to improve your experience while you navigate through the website. Out of these, the cookies that are categorized as necessary are stored on your browser as they are essential for the working of basic functionalities of the website. We also use third-party cookies that help us analyze and understand how you use this website. These cookies will be stored in your browser only with your consent. You also have the option to opt-out of these cookies. But opting out of some of these cookies may affect your browsing experience.
Necessary Always Enabled

Any cookies that may not be particularly necessary for the website to function and is used specifically to collect user personal data via analytics, ads, other embedded contents are termed as non-necessary cookies. It is mandatory to procure user consent prior to running these cookies on your website.